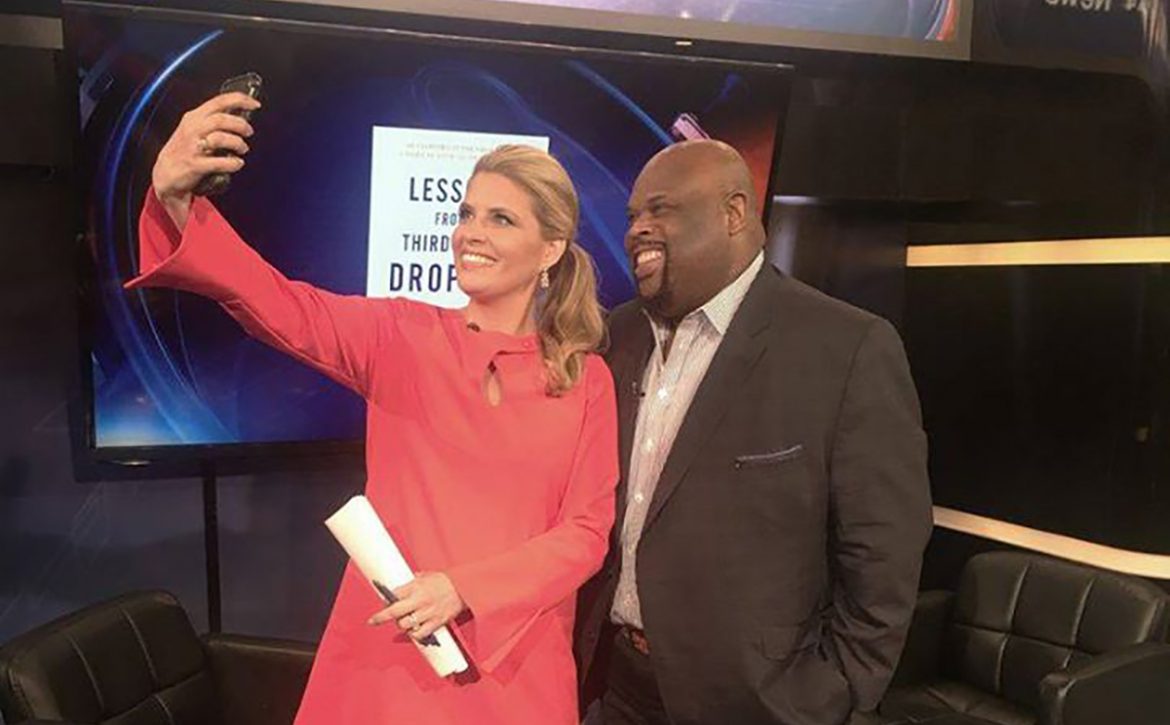 In 2017, Dr. Rick Rigsby delivered one of the most passionate speeches many had heard. It was viewed millions of times and went viral in days. Some said after hearing him speak, they were never the same. He stopped by Good Day to share lessons on character and kindness. 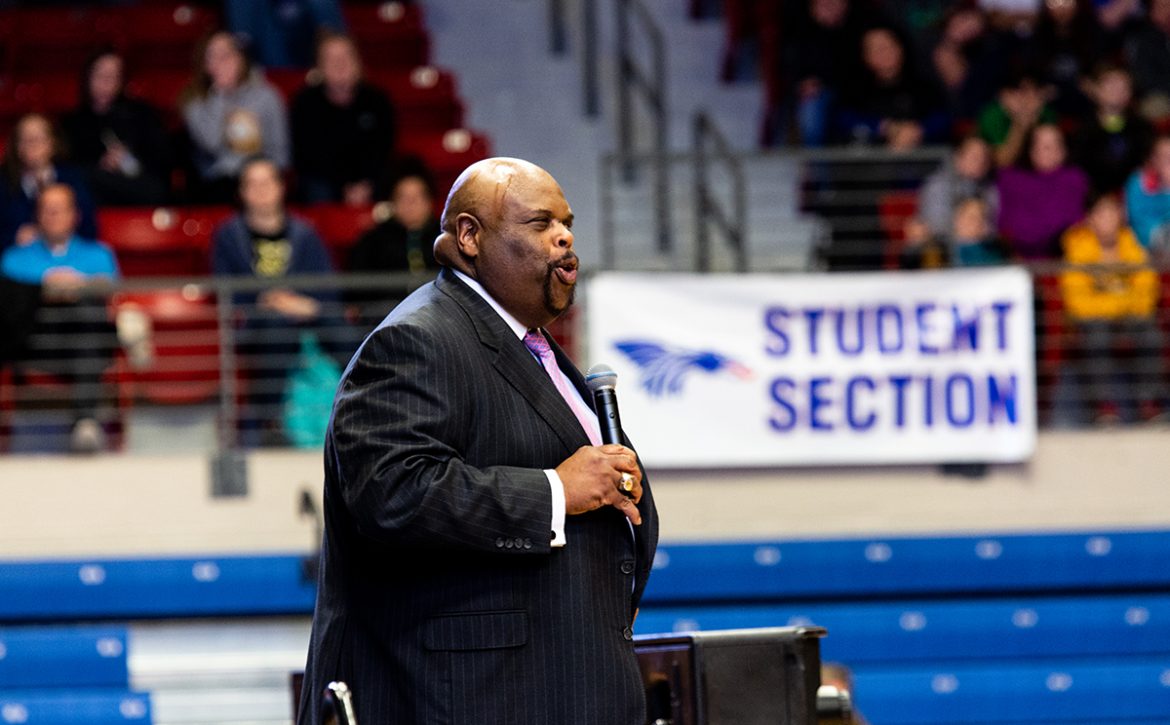 Making an impact: Rick Rigsby speaks at first Lecture Series of the year

Since third grade, Rick Rigsby knew he was a talker, but it wasn’t until he was in college that he decided to pursue a career out of it.

Tuesday, Rigsby spoke at the first Dillon Lecture Series of the year at the Sports Arena.

Even though Rigsby was a talker as a child, it took him some time to become confident speaking in front of a camera or crowds as an adult. When he got to college, he didn’t expect to go into Communications.

“To be honest, I hated math at the time,” Rigsby said, reminiscing about deciding what to do when he was a college student.

He decided to be a disc jockey and started an internship with a local television station. His job was to take affirmative action and use his voice strongly, because it wasn’t very common for a black man to get much air-time in the 70s and his boss encouraged him to make a difference.

According to Rigsby, it took some practice and a few mistakes before he got comfortable enough to speak to an audience through broadcast. He was told to pretend he was talking to his mom when on-air and it helped push him in the right direction.

“I learned that listening is far more important than speaking in terms of communication,” Rigsby said.

Rigsby ended up getting four degrees in communication and also became an ordained minister.

After speaking at several schools over the years, Rigsby was just as shocked as would be expected when he found out his commencement speech at Cal Maritime Academy in 2017 went viral, and got more than 200 million views.

Before he spoke there, Rigsby didn’t think of himself as someone who made that big of a difference.

Rigsby was giving a speech in Tulsa when his wife called and gave him the news that his speech had so many views. Then, his son told him he needed to hire people to manage him and convinced him to speak for a living.

When Rigsby wrote his first book, “Lessons from a Third Grade Dropout”, in 2006, it was not a well-known book. But after the speech went viral, the book became a Wall Street Journal best seller in 2017.

When asked why he made a career in public speaking, Rigsby said, “I love it, I love people and love rising to the challenge, I’m an encourager.”

Even though he loves what he does, Rigsby said there are obstacles he’s faced travelling and speaking for so many years.

Fatigue plays a role with being a public speaker, and he often experiences loneliness on the road, because his wife and kids don’t get to attend many of his speeches. The other obstacle he faces along with many other speakers is the fear of not being the best he can be.

“The Dillon Lecture Series doesn’t want kind of good, they want the best,” Rigsby said, “Because that video went viral, I have to give good speeches.”

Rigsby shares many messages during his lectures, many involving his hero and the one who taught him how to be a man; his father.

Tuesday, the main theme of Rigsby’s message was “Making an Impact”. With the crowd showing a positive reaction to Rigsby’s speech with laughter, applause, hollering and happy responses, he proved that he had left an impact on people, ranging from kids to elderly in the short time of being in the building.

Rigsby has given speeches all over the world and continues at the age of 63, describing himself as a kid at heart. That is his answer to being asked how he feels he can relate to everyone when he is talking.

Rigsby emphasized the importance of communicating to a wide audience and being able to relate to all ages and races with his messages explaining that he tries to make the material relatable to everyone and hopes to always give life-altering inspiration.

After he went viral, Rigsby started to get called by people who listened to his speech and decided to change their lifestyle. Some were having issues with themselves and others were having marriage problems and instead of turning to the worst outcome, they decided to ask for help, which gave Rigsby more motivation to continue his passionate and humorous messages.

If you aren’t familiar with the famous commencement speech given by Rigsby, he gave several pieces of his father’s advice to the graduates and told stories that proved how far he had fallen and how he got back up. Even when he lost his wife and college sweetheart, hitting rock bottom, he didn’t give up because his dad sustained him by saying three words that Rigsby will never forget.

He had two sons with Trina and knew he had to be strong for them and honor his wife’s wishes. Two years later, he was able to find love again and had two more sons. Rigsby’s youngest son is now 18 and his oldest is 36.

He explained that as you get older, you begin to appreciate your parents and grandparents a lot more and understand why they teach you the lessons they do. He hopes that his children will keep sharing his father’s and possibly add some of his own wisdom throughout their lives.

One question Rigsby persuaded the audience members to ask themselves everyday was, “How great can I be today?”

Boasting about “our grandparents’ generation”, Rigsby made the argument that our grandparents asked themselves the same question and made it happen without the use of technology or someone else helping them.

During the lecture, Rigsby said if you want to be better, you have to look at your priorities and change what needs to be changed. “Execute the basics to achieve greatness,” Rigsby said.

Rigsby’s third-grade dropout father, who taught himself how to read and write, inspired him and gave him these basics in order to be the best he can be: Don’t judge, don’t show up late, be kind, be a servant, and obtain excellence.

To end his message, Rigsby asked a question that was meant to make the audience think.

He asked, “How you living?”